“When you help a child, you’re doing something that impacts their entire life afterwards.” Jacob Alan Neufeld, MD, MPH

“When you help a child, you’re doing something that impacts their entire life afterwards.”
Jacob Alan Neufeld, MD, MPH

On September 29th, 2017, the field of Pediatric Rehabilitation Medicine lost a superb physician, professional, and overall outstanding human being, Jacob Alan Neufeld, aka “Dr. J.” Dr. Neufeld was a visionary in the field of pediatric rehabilitation medicine. While the depth of loss cannot be measured, his legacy of dedication, action, and advocacy for the good of children with disabilities and their families will never be forgotten.

In 2008, Dr. Neufeld founded the Journal of Pediatric Rehabilitation Medicine and served as its Editor-in-Chief until his death in 2017.

Born in 1962, Dr. Jay Neufeld was the son of Janet and the late Eugene Neufeld. In high school, he met his future wife, Wendy Hood.

Dr. Neufeld began his professional career with a Bachelor’s degree in mathematics from Drew University in Madison, New Jersey. He continued his studies by obtaining an MPH from the University of North Carolina prior to receiving his Medical Doctorate from Wake Forest University. He completed his training in 1988 in Pediatrics and Physical Medicine & Rehabilitation (combined program) at The Children’s Hospital of Michigan and the Rehabilitation Institute of Michigan, Wayne State University.

Throughout his career, Dr. Neufeld continued to show unsurpassed passion and dedication to the field of Pediatric Rehabilitation. It was his vison and idea – along with the late Linda Michaud, MD – to create the Gabriella E. Molnar Research and Education Fund through the Foundation for Physical Medicine and Rehabilitation. This fund awarded its 9th annual grant (20207), in the pursuit of excellence in research to improve the lives of children with disabilities and their families.

Dr. Neufeld’s contributions to research to advance the field included numerous publications, posters, and conference presentations, both nationally and internationally. Areas of study included spina bifida, cerebral palsy, Down Syndrome, and other disabling conditions. Dr. Neufeld was instrumental in securing many grants and served as principal investigator on a number of these projects. He was involved in the National Spina Bifida Registry, working with the Centers for Disease Control and Prevention. Other grant projects included secondary conditions and adaptations of spina bifida; leadership and excellence in neuromuscular disabilities and bio-terrorism training.

Dr. Neufeld was also a dedicated educator. He served as the program director of the combined Pediatrics/PM&R residency program at VCU and was the representative to the Residency Review Committee for a number of years. He trained numerous residents across the country in the art of pediatric rehabilitation medicine. 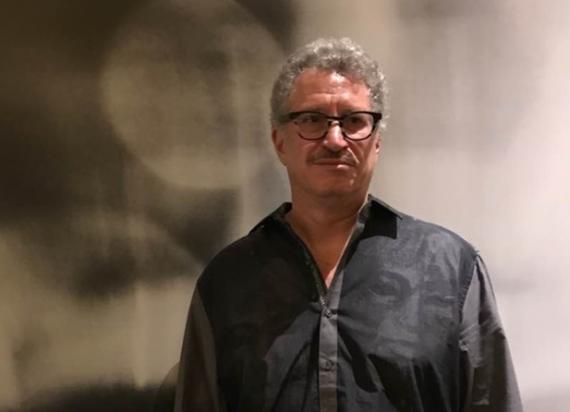 Dr. J: A Lifetime of Giving

Dr. Neufeld’s legacy of care started to gain recognition when he was a teenager. In high school, he was a Junior Rotarian, became an Eagle Scout Bronze Palm, received a Rotary International Fellowship and studied in Israel. He also traveled to India. At the age of 23, as a Rotarian, he presented the idea of “Strike Out Hunger” to Dave Montgomery, the President of the Philadelphia Phillies. Strike Out Hunger is still going strong and has benefited local food banks as well as Rotary’s Polio Plus Program, which has nearly eradicated polio in developing countries. As a young   man, Jay had the vision to recognize a local and international need and the ingenuity to create a program that would last indefinitely.

Dr. Neufeld’s unsurpassed compassion for humanity and call to action were evidenced most clearly by his work following the tragic events of September 11, 2001. While at The Rusk Institute, he took time off from his busy clinic and academic schedule to work at the triage center with first responders and the victims and families. It was not something he had trained to do in medical school. He did it because he was “Dr. J.”

Dr. J and his wife, Wendy, volunteered each summer at the Muscular Dystrophy Association (MDA) camp. Dr. Neufeld talks about his experiences volunteering in the video below.

During the latter portion of his career, Dr. Neufeld discovered an additional talent in the world of medical art and painting. He began putting color on canvas, not painting with brushes, but utilizing expired medical equipment and devices such as old surgical tools, clamps, catheter tubes, sponges, and syringes. It was a form of art and beauty not yet witnessed by the artistic world. Dr. J’s artwork is displayed in Boise, Idaho in places such as the foyer of Ballet Idaho.

Picture on the right: Dr. Jacob Neufeld uses expired medical supplies to paint pictures, and his work has captured interest in the art community. Credit: stlukesonline.org/blogs/st-lukes/news-and-community/2017/apr/neufeld-art 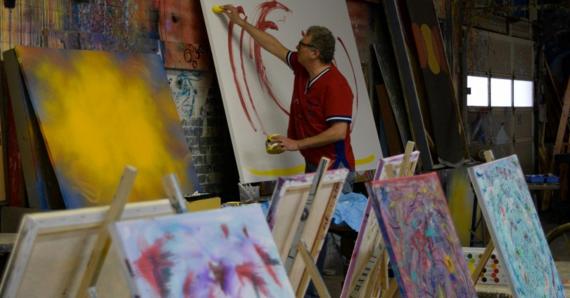 Perhaps Dr. Neufeld’s most significant professional gift to the field was the creation of the Journal of   Pediatric Rehabilitation Medicine, to which he dedicated endless time, energy, and effort, guiding it as Editor-in-Chief. His vision was to have a journal that mirrored the pediatric rehabilitation team.

What foresight and fortitude he exhibited when he sought a publisher and assembled an incredible editorial board with expertise spanning the disciplines of care for children with disabilities! When the first issue of this journal was released in 2008, Dr. Neufeld proudly handed out copies at numerous national meetings,   continuing to do so until his death.

The Journal is now in its 14th volume, indexed on PubMed, with numerous special issues published on valuable research topics that help advance the clinical care we provide.

Dr. Neufeld was awarded the Gabriella Molnar Lifetime Achievement Award posthumously in 2018 as the founding Editor-in-Chief of the Journal of Pediatric Rehabilitation Medicine (JPRM) and as an accomplished physician, educator, and researcher.